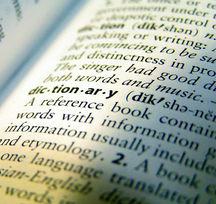 Some important vocabulary for Judaism includes Palestine, Canaan, Torah, monotheism, Yahweh, covenant, Israel, Aramaic, Hebrew(s), Exodus, kosher, Rabbi, Sabbath, Synagogue, heaven, hell, and sin.  Knowing these words will give you a start on learning the basics of Judaism.
Palestine is a region located at the eastern end of the Mediterranean Sea where Phoenicians lived.  The Phoenicians were not the only ancient people to live in Palestine.  The Romans had originally gave the area that name after the Philistines.  The Philistines were other people who had lived in that region.  Canaan was the home of the Hebrews, it was rather ancient.  The Torah was the first five books of the Hebrew Bible.  The Jews considered them the most sacred writings in their tradition.  Christians now a days respect them as part of the Old Testament.  Monotheism is when a religion prays to only one God.  Most groups around Jews were polytheistic which is where you believe in multiple Gods.  The Hebrews God was named Yahweh.  They believed that Yahweh had power over everyone and everything everywhere.  A covenant is a mutual promise or agreement.  It was an agreement between God and the Hebrew people as recorded in the Bible.  Israel was a kingdom of the united Hebrews in Palestine.  This lasted from about 1020 to 922 B.C.  They were ruled by three kings named Saul, David, and Solomon.  Aramaic was a Syrian dialect that gradually replaced Hebrew as the language of the Jews.  The Hebrews were members of people living in Israel and Palestine.  Hebrews scriptures and traditions form the basis of the Jewish faith.  The Exodus was the departure of the Israelites from Egypt under Moses.   Kosher means fit, or allowed to be eaten or used.  A Jewish teacher or scholar is referred to as a Rabbi.  They are leaders in the Jewish faith.  The Sabbath day is the day were you spend to observe your religion.  This day is often absent of work and occurs Friday evening to Saturday evening.  A Synagogue is a building or place were Judaism people gather to worship their faith.  Sin is when you do something wrong against the Bible.  For instance, not following the 10 commandments is a sin.
These essential vocabulary words are an outlook of the Judaism religion.